From the Lebanese Political Journal blog:

I am glad that the Lebanese in Israeli prisons will be returned to Lebanon.

The soldiers captured in the 2006 war were pawns in Hezbollah’s scheme, and it is good that they will return to their families. However, Samir Qantar is a different story.
[…]
Qantar killed Israeli government personnel and civilians during a raid in the middle of a war. However, he also killed a four year old girl by smashing a rock into her head. There is no excuse on Earth to justify that action, and there is no way that I can ever say that this man is a hero. Any man willing to smash in the head of a 4 year old child with a rock should remain in prison for the rest of his life.
[…]
Now, we hear in al-Akhbar newspaper that Hezbollah wants Qantar to run for parliament. Obviously, Druze leader and PSP chief Walid Jumblatt might oppose this. However, Qantar might run with Hezbollah’s support.

Nothing would say more about Hezbollah’s ethics than for them to nominate Qantar. The party claims moral legitimacy, but their actions defy their rhetorical claims.

It should also be remembered that Qantar (Samir Kuntar) was the trigger for the war, when Hezbollah raided Israel in order to obtain the dead bodies (at the time live human beings) that they have now used to secure his release. Here you can read the words of the mother of the child he murdered.

“It had been a peaceful Sabbath day. My husband Danny and I had picnicked with our little girls, Einat, 4, and Yael, 2, on the beach not far from our home in Naharyia, a city on the northern coast of Israel. Around midnight, we were asleep in our apartment when four terrorists from Lebanon landed in a rubber boat on the beach two blocks away.

“Gunfire and exploding grenades awakened us. Desperately we sought to hide. Danny helped our neighbour climb into a crawl space above our bedroom. I went in behind her with Yael in my arms. Then Danny grabbed Einat and was dashing out of the front door when the terrorists came crashing in. They held Danny and Einat while they searched for me and Yael.

“I will never forget the joy and the hatred in their voices as they swaggered about hunting for us, firing their guns and throwing grenades. I knew that if Yael cried out, the terrorists would toss a grenade into the crawl space, so I kept my hand over her mouth. As I lay there, I remembered my mother telling me how she had hidden from the Nazis during the Holocaust.

“The terrorists took Danny and Einat down to the beach. There, one of them shot Danny in front of Einat so that his death would be the last sight she would ever see. Then he smashed my little girl’s skull in against a rocket with his rifle butt. That terrorist was Samir Kuntar. By the time we were rescued from the crawl space hours later, Yael, too, was dead. In trying to save all our lives I had smothered her”

That could not be said for Samir Kuntar – 28 years in an Israeli jail for the 1979 murder of an Israeli, his young daughter and a policeman. He arrived from Israel very much alive, clean shaven but sporting a neat moustache, overawed by the hundreds of Hizbollah supporters, a man used to solitary confinement who suddenly found himself idolised by a people he had not seen in almost three decades. His eyes moved around him, the eyes of a prisoner watching for trouble. He was Israel’s longest-held Lebanese prisoner; Hizbollah’s leader, Sayed Hassan Nasrallah, had promised his release. And he had kept his word. 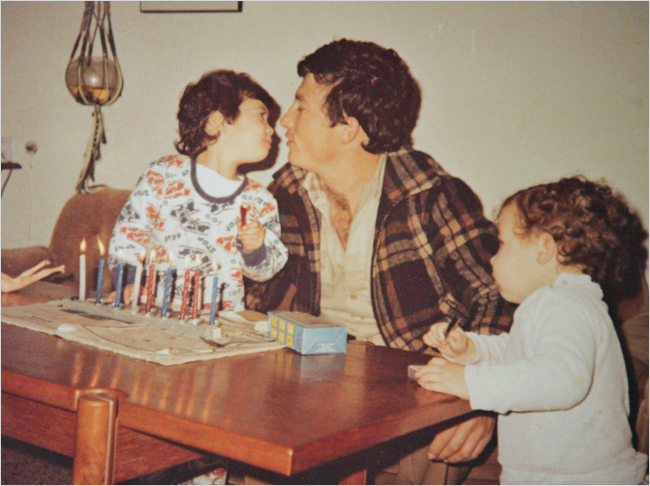