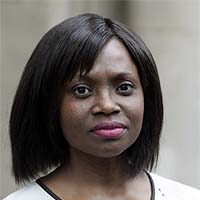 There is good reason to believe that Lillian Ladele – the registrar who won an employement tribunal case last week for religious discrimination because her employers, Islington Council, required her to perform civil partnerships as well as civil marriages – is a hypocrite. She claims to be a person of conscience whose morality is shaped by The Bible, but it seems she simply uses The Bible to justify her own bigotry.This may be a harsh opinion, but new facts have come to light that cast a doubt on Ms Ladele’s good faith. But first, let’s review her stance. The Tribunal that found in her favour summarised it thus:

“She could not reconcile her faith with taking an active part in enabling same-sex unions to be formed.

“She told us that she believed this to be contrary to God’s instructions that sexual relations belong exclusively between a man and a woman within marriage.”

This is confirmed in an interview Ms Ladele gave to the Daily Mail. She tells them she informed her employers that “I would not be able to conduct civil partnerships because it states in the Bible that marriage occurs between a man and a woman, not people of the same sex, and, as a Christian, I try to follow what the Bible teaches.”

Sexual relations belong exclusively between a man and a woman within marriage, eh?

Well, it now transpires that not only has Ms Ladele had a sexual relationship outside of marriage, but she has produced a child out of wedlock.

So, it seems her biblical standards apply only to others, not to her own life. Surely one should apply one’s deeply-felt religious beliefs to oneself before inflicting them on the public. Is it not written anyway, ‘judge not lest ye be judged’?

It also seems that the employment tribunal was less than thorough in its examination of Ms Ladele’s religious claims. I wonder if the Christian Institute was aware of these facts?

Ms Ladele was represented in her case by The Christian Institute. Perhaps her CI-provided lawyers might find their next case is representing another Christian registrar who refuses to register the biths of ‘illigitimate’ children. Perhaps a future CI causes celebre might be championing the ‘rights’ of a council worker who refuses to provide service to unwed mothers.

As I have said before, the State provides a reasonable amount of autonomy to religious groups to pick and choose what services they will provide. A priest is not required to marry a divorced couple against his conscience. Religious schools can pick and choose pupils, religious charities can preserve their ‘ethos’ in their employment practices. But there should be quid pro quo. Secular institutions should remain secular. If every public servant were allowed to bring their particular religious taboos to work, the system would break down, all sorts of discrimination would return and the expectation that any member of the public could turn to the State for service and support without fear or favour would disappear.

UPDATE: According the The Christian Institute (the real shady motivators behind this) Islington Council will appeal the tribunal’s decision.