With George Galloway off in Tehran celebrating the first anniversary of one of his many sources of income, I hope it’s not impolite to remind him that he (as an employee of the Iranian government-funded Press TV) is part of the same communications network that produced the following.

The first is the latest in a series of reports on Zionist/Jewish control of Hollywood. It turns out that not only “Chicken Run” is full of insidious Zionist propaganda, but so is “Saving Private Ryan,” directed by “the Jewish Steven Spielberg.” 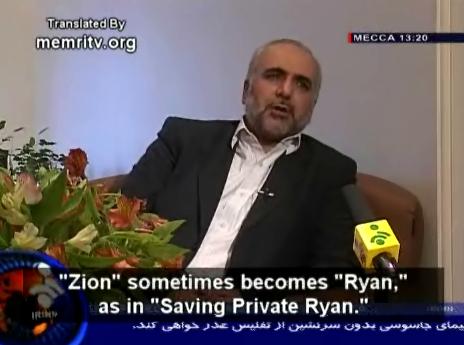 The second, in essence, treats “The Protocols of the Elders of Zion” as a genuine document which accurately describes the behavior and activities of the Jews to this day. 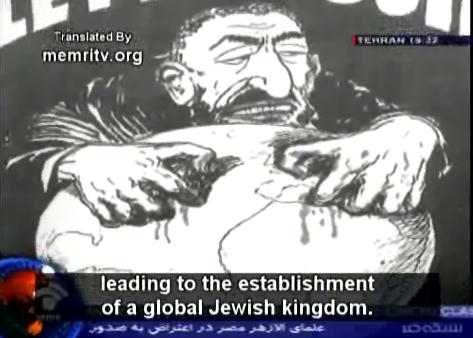 Now I suppose if Galloway saw the above clips, his default reaction would be to shout: “It’s an Israeli website… It’s an Israeli translation.” But after the shouting stopped, he would still face the moral dilemma of taking money from, and lending his name to, an Iranian government operation which produces such poisonous stuff.

So my question to Galloway– and even more urgently to those who continue to associate with him politically– is the one from the old union organizing song: which side are you on?