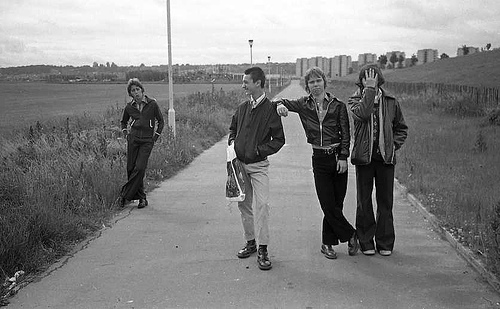 Being an old comprehensive school type who is still rather stuck in the late seventies myself I was rather taken by George Plemper’s photographs of working-class kids on London’s Thamesmead housing estate in the Jubilee period. Thamesmead (for those who have never had the pleasure of its acquaintance) is a massive sixties housing estate which enjoys a population which is bigger than many towns: built on marshland at the edge of London. Because of the threat of flooding much of the estate was built at least one level off the ground with walkways connecting buildings – giving the characteristic alienated look used to great effect when Kubrick filmed quite a bit of “A Clockwork Orange” in the locality. 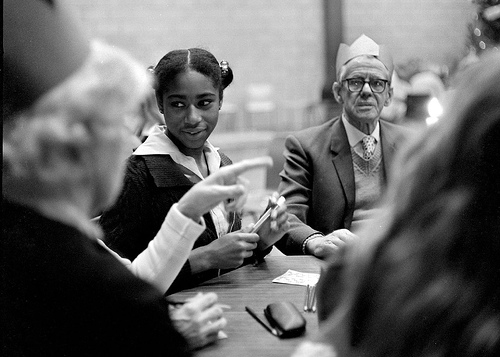 There seems to me to be a “naive but knowing” quality about these pictures, with the photographer being much more accepted and “invisible” than is usually the case when an outsider takes pictures of working-class subjects. Some of the photos really do speak of a lost age when life was very different to today, but others (apart from the conspicuous apparel anyway) could really have been taken yesterday.

On the subject of clothing hands up anybody who remembers when this sort of thing was the height of fashion (you were probably watching “The Sweeney” and “Survivors” on TV at the time if you were not out drinking your 35p pint.) 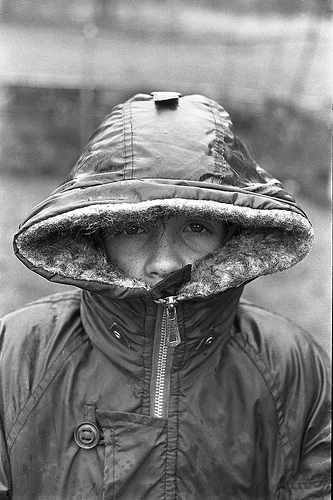 And if you do remember wearing a hooded parka (or even if you really really don’t) you could always let us know about your own most embarrassing “fashion statement” in the comments, it is “dress down Friday” after all…)

Now where did I put those Elton-style boots I had in 1975?