It’s not just a movie… 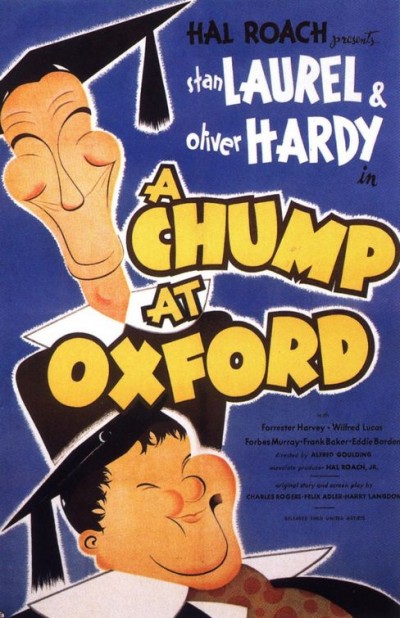 In a lengthy and fiery debate at Oxford University over the weekend, the student union conceded Israel’s “right to exist” by just over 100 votes.

Proposing the motion “This House believes that the State of Israel has a right to exist” were Norman Finkelstein, formally [formerly?] of De Paul University in Chicago, and Ted Honderich, professor of philosophy at University College London.

Questions about the seriousness of the event were raised ahead of the debate, since not only opposers of the motion, but also its proposers, were considered detractors of Israel.

Finkelstein, who had been supporting the motion, voted against it, while Honderich, who had crossed sides during the debate, voted for the motion, adding to accusations that the debate was a farce.
…..
“I was shocked to hear Honderich actually say that, ‘Palestinians have a moral right to terrorism,'” said Olga Belogolova, a Jewish student from Boston University studying at Oxford for the semester.
…..
“The debate was another childish attempt at sensationalism by the Oxford Union,” said Yair Zivan, campaign director of the Union of Jewish Students (UJS). “To have a debate about Israel without a single mainstream voice present shows the debate was the farce we expected. The Oxford Union owes better to its membership to allow for intellectual debate and they should try to seriously engage with issues.”

In other anti-Israel news from the academy, students at a general meeting of the London School of Economics barely defeated a motion branding Israel an apartheid state and calling on the LSE student union to start a campaign to lobby the university and National Union of Students to divest from and boycott Israel.

Does anyone have first-hand accounts?

Update: Via Jonathan Hoffman, here’s a video of the LSE debate.