During my recent break from blogging (which of course gave rise to some rumor-mongering among those who enjoy that sort of thing), I spent a week in the state of North Dakota doing research on my grandfather, Abe Sachs, who– a little more than a centruy ago– received 160 acres of land there under the Homestead Act. He farmed it and “proved it up” for six years before obtaining full ownership. Soon thereafter he sold the land, moved to Minneapolis, became a plumber and married my grandmother.

At some point, I expect to write more about it.

I spent much of my time in the state historical archives in Bismarck, across from the 19-story art-deco state capitol building. 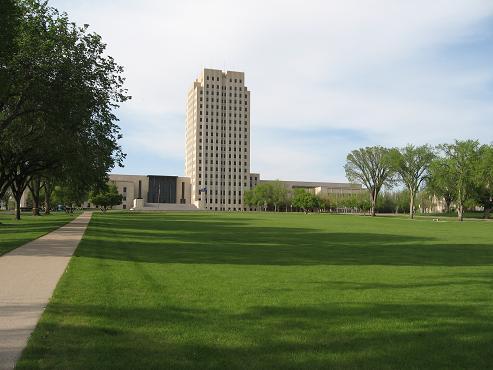 It was built in 1934 to replace an earlier capitol building destroyed by fire. I suppose it was startlingly modern for its time and place. It’s still the tallest building in Bismarck and, I assume, in all of North Dakota.

As any good socialist knows, North Dakota is unique among the 50 states for having the only state-owned bank. 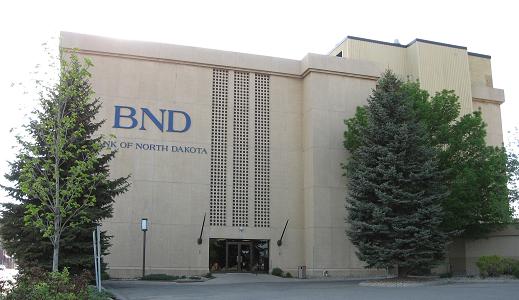 It was established in 1919 when the state government was controlled by the members of the populist Nonpartisan League, elected by small farmers fed up with exploitation by commercial banks, millers and grain elevators. Today North Dakota has two of the country’s more left-leaning US senators– Kent Conrad and Byron Dorgan— even though George Bush easily carried the state in 2000 and 2004.

With the help of a specialist at the State Archives, I identified the location of my grandfather’s land. It’s about 30 miles from Bismarck in northern Burleigh County, not far from some windmills. (North Dakota’s prairies have no shortage of wind and extreme weather in general– I can only imagine what it’s like in the dead of winter or the worst heat of the summer, and what it must have been like for homesteaders a century ago.) 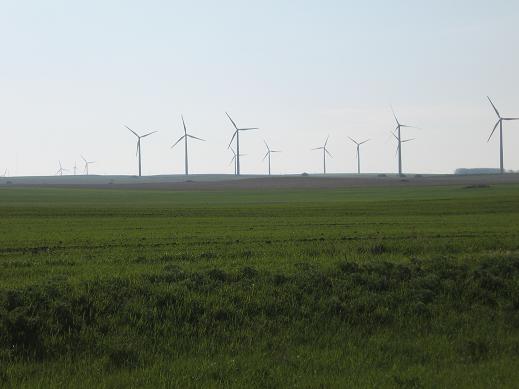 I walked along the edge of the property and took some pictures. 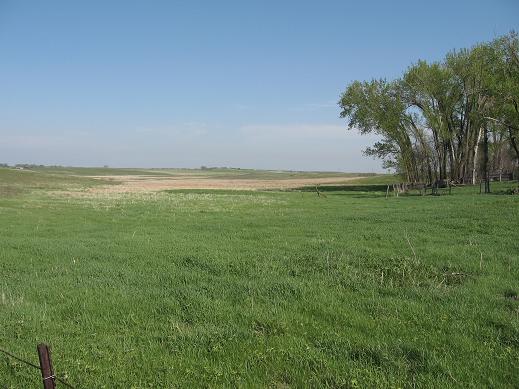 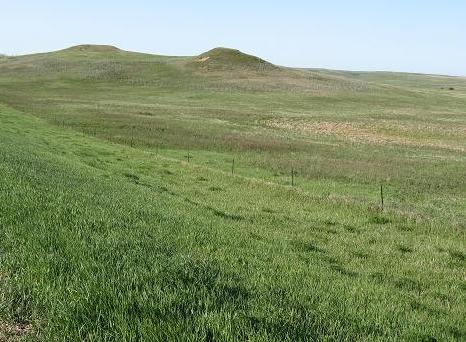 Across the main road are some striking rock formations which my grandfather must have gazed on many times– or perhaps climbed up on, as I did. 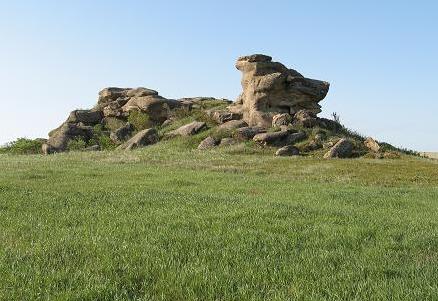 As far as I can tell tell (and I need to do more research), the land is now owned by someone in Texas who hopes to find oil under it.

My grandfather and his brother (who homesteaded on the adjoining land) were among a small group of eastern European Jewish immigrants who settled in northern Burleigh County in the early part of the 20th century. All that’s left of that settlement is a small Jewish cemetery just off a dirt road– according to a local newspaper report from 1909, my grandfather was one of the incorporators. Fortunately the cemetery is still cared for. 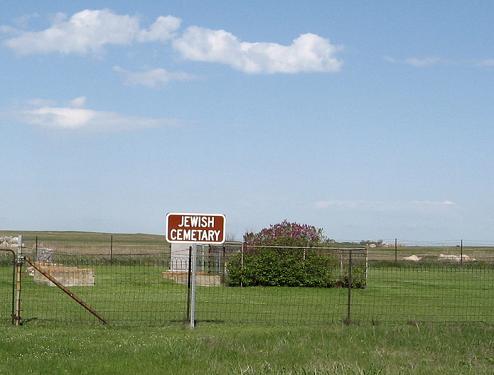 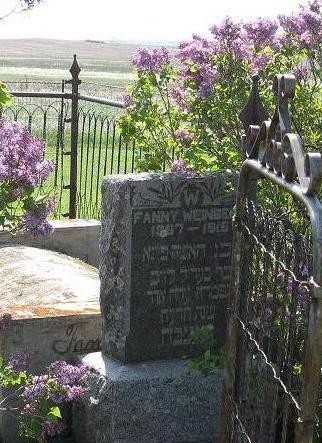 According to reports, my grandfather and several of the other homesteaders helped make ends meet during the winter by mining coal near the town of Wilton. I only saw my grandfather a few times before he died (he lived in Minneapolis while I grew up in Washington, DC), but I remember him as a big, burly fellow and can imagine him doing the backbreaking labor he must have done on his land and in the mines.

At the North Dakota Heritage Center, I picked up a copy of “Dakota Diaspora: Memoirs of a Jewish Homesteader” by Sophie Trupin, daughter of two of the Burleigh County settlers. In 1953, when her parents were almost 80, they resettled again — in the new State of Israel.

While in North Dakota, I took the opportunity to drive out to the badlands of Theodore Roosevelt National Park in the western part of the state, where the buffalo roam and the prairie dogs and the wild horses play. 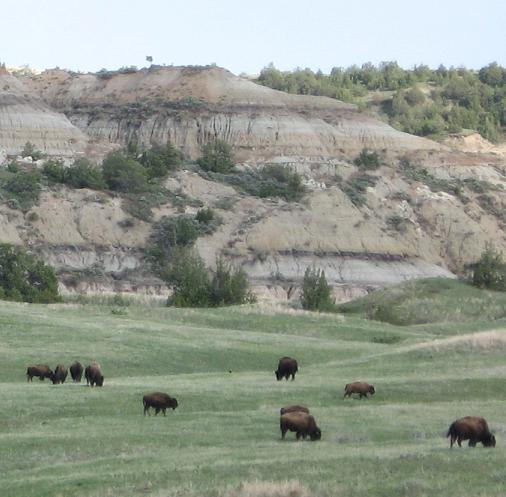 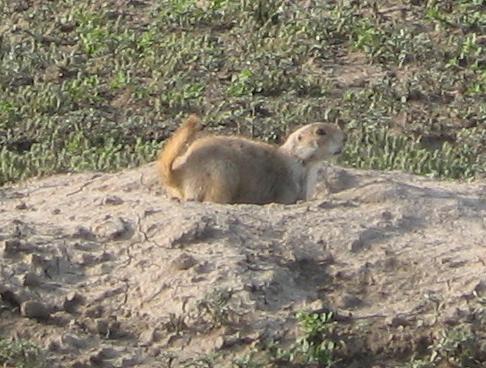 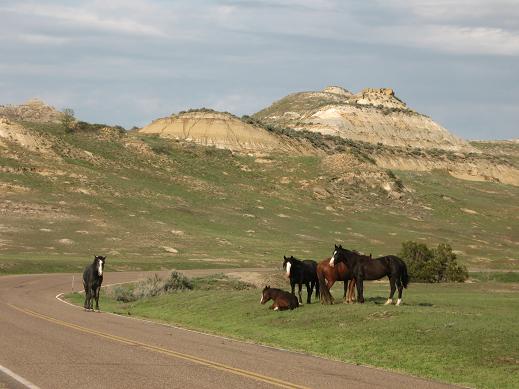 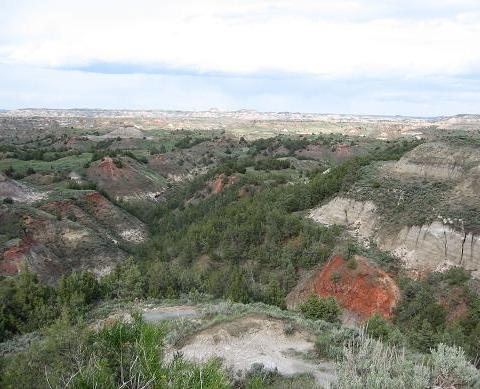 I was able to spend only a few hours there, though I could have easily spent at least a week.