Does anyone know the origin of this cartoon, which appeared on the placard of a demonstrator at last Saturday’s pro-fascist rally in London? 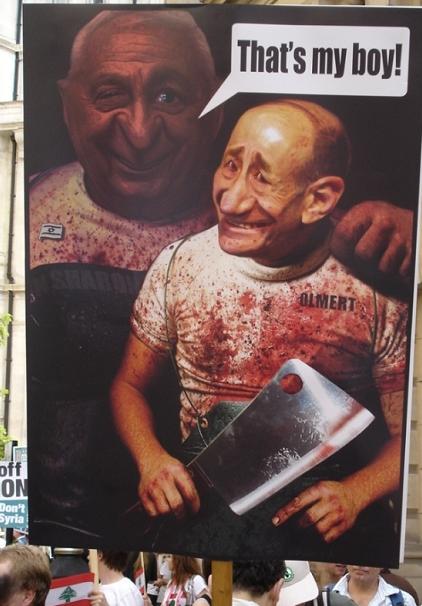 I seem to remember seeing it on the website of some “antiwar” group, but I can’t find it now.

As a reminder, here are what Ehud Olmert and Ariel Sharon look like without exaggerated Der Stürmer-style noses and without the blood of gentile children (slaughtered for who knows what nefarious purpose) splattered all over them. 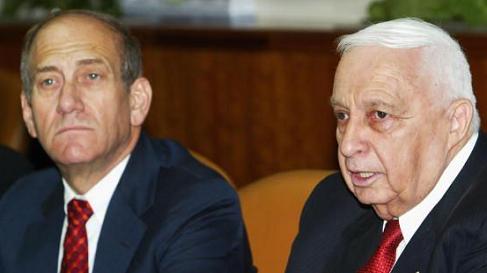 Update: Commenter Gil reports that the cartoon– apparently by Leon Kuhn– has been posted by lenin of the tomb. Kuhn’s cartoons also appear on the Respect Coalition website. However I could not find the Sharon-Olmert cartoon on that site or Kuhn’s personal site, which suggests he may have had second thoughts about it.

Further update: Interesting. Within less than two hours of my original post, the cartoon appeared on the Respect website.