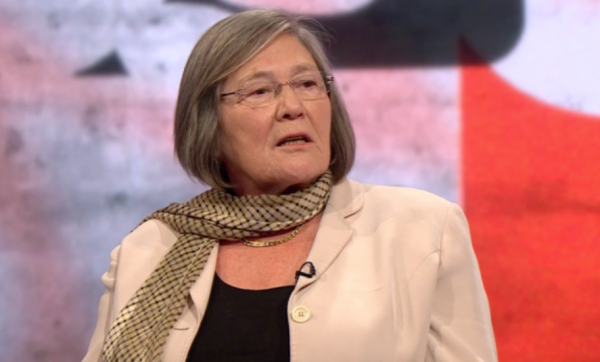 Clare Short MP has organised a meeting for the racist and totalitarian party, Hizb ut Tahrir, at the Houses of Parliament, to which she has invited all Members of Parliament:

In August 2005, Tony Blair announced his 12-point plan for new anti-Terror measures which included a ban on the organization Hizb ut-Tahrir although documents leaked to the New Statesman make clear that the literature of the organization explicitly rejects the use of violence.

Hizb ut-Tahrir have been approaching Parliamentarians to explain who they are and what they believe.
Following such a meeting in my constituency, I volunteered to facilitate a meeting at the House of Commons so that Parliamentarians can decide for themselves whether the organization should be banned.

The meeting will take place on Wednesday 1 March 2006.

I am enclosing a message from Hizb ut-Tahrir overleaf.

An open invitation to discuss with Hizb ut-Tahrir

We invite you to an open session with the global Islamic political party Hizb ut-Tahrir to discuss our thoughts and work in light of the government’s plan to proscribe Hizb ut-Tahrir.

It comes as no surprise that there is a great deal of discussion about Islam, especially about those who seek to resume the Islamic way of life in the Muslim world with the re-establishment of the Khilafah state (Caliphate).

Hizb ut-Tahrir has been working to revive the Muslim world upon the Islamic ideology according to an intellectual and political method since 1953, and has never adopted material actions to obtain its objective, despite the persecution its members have faced. We believe that Islam provides an ideological alternative to capitalism and socialism, and can solve the myriad of problems facing the world today. It requires a great deal of wisdom to tackle the new challenges facing the world. Therefore there is a great need for political thinkers from both camps to engage in discussion and debate particularly as we have reached the most serious point in the 21st century’s early history.

We hope that this session will be the start of further discussion and debate as we seek to dispel much of the lies and propaganda surrounding Hizb ut-Tahrir.”

MPs should indeed be briefed on the true nature of Hizb ut Tahrir. The salient points are as follows:

Hizb ut Tahrir publishes and distributes racist material. It proselytizes these views strongly to its own members, and to other muslims whom it seeks to recruit. It is thought to have 2,000-3,000 members. Its Danish spokesman has been convicted of disseminating racist propaganda in Denmark.

When their racism has been uncovered, they have reacted by removing it, at least from their English language site. They have also blocked the Wayback machine – which archives old web pages – from reproducing it. Then they have sought to explain away their racism by comparing it to Churchill’s description of Germans as ‘the Hun”.

Unlike some jihadist groups, Hizb ut Tahrir does not expect to recreate the Caliphate primarily by violent means. Rather, they believe that a Caliphate can only be created by a complete transformation of Muslim society, by three stages:

The First Stage: The stage of culturing to produce people who believe in the idea and the method of the Party, so that they form the Party group.
The Second Stage: The stage of interaction with the Ummah, to let the Ummah embrace and carry Islam, so that the Ummah takes it up as its issue, and thus works to establish it in the affairs of life.
The Third Stage: The stage of establishing government, implementing Islam generally and comprehensively, and carrying it as a message to the world.
This does not mean that they eschew violence. Hizb ut Tahrir anticipates that “as long as there is Islam and Kufr in this world, Muslims and Kuffar” there will be “a bloody struggle alongside the intellectual struggle.”

For a true picture of Hizb ut Tahrir’s attitude to violence, read this article on Jihad. This article – like Hizb’s racist material – was originally on Hizb ut Tahrir’s English language website, but was removed after it was highlighted here, and then removed from the Wayback site when we linked to that archived copy of it.

The thrust of the article is that Jihad is not simply defensive, but also can be offensive. Hizb ut Tahrir also teach that “Jihad is the removal of obstacles, by force if necessary, that stand between people and Islam.”

3. The Nature of Hizb’s Caliphate

Hizb ut Tahrir openly calls for the re-creation of a Caliphate, which was formally abolished by Ataturk. Hizb ut Tahrir’s website used to carry an article which described Ataturk as “the Jewish criminal Mustafa Kemal”. That article has also been removed but can be read here.

Hizb ut Tahrir is keen to emphasise the democratic nature of the Caliphate. In reality, however, the Caliphate proposed by Hizb ut Tahrir constitutes a form of constitutional apartheid. Only Muslims will be allowed to elect the caliph, who can only be a Muslim man. Non-muslims may participate in the Parliament, but are “confined to their voicing of complaints in respect to unjust acts performed by the rulers or the misapplication of Islam upon them. All offices of state are to reserved to Muslims. Women are to be barred from “ruling positions”.

In addition, the Hizb ut-Tahrir Constitution also enshrines a series of vicious totalitarian and theocratic provisions. Muslims who abandon their faith are to be executed as apostates. “Segregation of the sexes is fundamental”: women are not permitted to be in private with men. Children of mixed marriages which have dissolved are not allowed to choose to live with the non-Muslim parent. Only political parties “established on the basis of Islam” are to be permitted. And so on.

I do not think that Hizb ut Tahrir should be banned. It is equivalent to the British National Party, which is permitted to operate.

There is, however, a world of difference between defending the freedom of expression and assembly of these totalitarian falangists, and facilitating Hizb ut Tahrir’s attempts to soft soap its own image. It does seem extraordinary that Clare Short – who became famous for her call for a ban on The Sun’s Page 3 – should now be giving her support to a political party which seeks the utter political and social disempowerment of women.

But perhaps this is unfair to Clare Short. She states that the purpose of the meeting is to allow Hizb ut Tahrir the opportunity for them “to explain who they are and what they believe”. Perhaps she would do the same for the BNP, were they to face a ban. Even totalitarians have a right to express their views.

However, I very much hope that when Hizb ut Tahrir do address Clare Short’s guests, she uses the occasion to inform Members of Parliament of the true nature, and goals, of this political party.

This classic was originally posted by David T in February 2006.